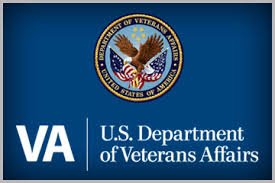 If you’re a veteran, or one of your loved ones serves in the United States military, it’s natural to have some questions about the kinds of services, expenses, and other items which may be covered by the U.S. Department of Veterans Affairs (VA).

It’s important to note that not every veteran’s funeral expenses will be covered, though in many cases a lot of the costs which are usually covered by the surviving family and relatives are covered by the VA, or are reimbursed. For example, when a veteran or qualifying family member are buried or inurned in a national cemetery, Arlington or National Park cemetery, the United States Government will pay for the opening and closing of the grave, perpetual care, a headstone or grave marker, and a burial flag.

Which funeral expenses are covered by the VA?

The costs that the VA will cover depend largely on whether or not the death was related to the veteran’s military service. For example, if a veteran dies as a result of service-related medical conditions or injuries, the VA will cover and reimburse more than for non-service related deaths.

When the cause of death is not service-related, the reimbursements from the VA are generally broken down into two payments:

It’s important to remember that the VA doesn’t pay these benefits in advance, which means that the surviving family must supply copies of the funeral bills, which must be paid in full in order to qualify for reimbursement.

Are there veterans funeral expenses the VA does not cover?

It’s safe to assume that the VA does not pay for the following:

However, there are a few situations in which the VA will cover or reimburse some of these costs, so it’s important to be aware of these exceptions:

For more information about veterans benefits and reimbursement options available to you or your loved ones, contact our state Veterans Affairs office.

Please wait No comments have been left yet.
Please wait

Life Choices to Put On Hold If You're Grieving

You shouldn't put too much thought into significant decisions when you're mourning the loss of a loved one. Most individuals underestimate the magnitude of the emotional impact a loved one's death ...

Your Head Doesn't Know What Your Heart Feels

Grief is a natural response to losing someone or something important to you. You may feel a variety of emotions, such as sadness or loneliness. At Ocean County Cremation Service, we understand that...

The Importance Of Writing An Eulogy

A eulogy is a final farewell, a statement of sorrow and gratitude, and a means of honoring the deceased's memory. It is tough to write or talk about a departed loved one, particularly if you haven'...

Support Services Available After A Suicide

It's never easy to lose a loved one, but losing someone through suicide can be exceptionally difficult. While dealing with the shock, uncertainty, guilt, and loss might be overwhelming, there are a...

I Own a Cemetery Plot in a Privately Owned Cemetery, Do I Have to use Their Funeral Home?

At Ocean County Cremation Service, many of our clients have this question for us. The simple answer is “no.” If you own a cemetery plot in a privately owned cemetery, you are not obliged to use the...

Do I Have To Use A Burial Vault For Burial?

Many grieving individuals opt to inter their loved one's ashes in cemeteries. However, many people are not aware that they may need to purchase a burial vault for the burial, as we have witnessed a...

Coping With An Unexpected Death

Can I Rent a Casket For a Ceremony or Gathering Before Cremation?

As funeral costs continue to rise, some families may look for cost-cutting measures. The casket is among the most expensive components of traditional funerals. Even if the family elects for cremati...

Are All Caskets The Same Size?

At Ocean County Cremation Service, several clients inquire whether all caskets come in a standard size. That is not the case. A standard-sized one will usually suffice if you require a casket for a...