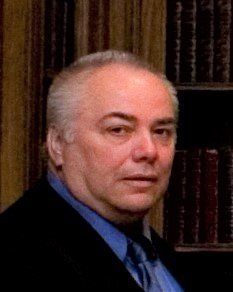 A memorial service will be held at St. Justin the Martyr Roman Catholic Church in Toms River on Saturday, October 5, at 9:30 AM.  Burial will follow at St. Joseph's Cemetery in Toms River.

Kenny was born in Paterson to Roger and Isabel Castelein on June 9, 1957. He attended Passaic Valley Regional High School and graduated in 1975.  He went on to earn a degree in Electrical Engineering Technology from Fairleigh Dickenson University. He recently retired from Honeywell Aerospace where he worked on NASA contract projects.  He was a member of the Space Flight Awareness Team and received awards for service to the Space Shuttle Main Engine program.   He enjoyed golfing and fishing.  Kenny had the biggest open heart.  He was sweet, kind, caring, and a true friend, and is deeply missed by all who knew him.

Kenny is survived by his mother, Isabel McGuckin Castelein of Toms River, brothers Roger Castelein (Mary), Paul Castelein (Cindy), and sister Kathleen Dillon (Robert).  He was a loving uncle to David, Megan, James, Rachel, Shannon, Brian and Kevin, and great-uncle to Ava, Vivien, Izabella, Brayden, and Ellie.  He is preceded in death by his father, Roger .

In lieu of flowers, the family suggests memorial donations in Kenny's name may be made to a charity of your choice.

Share Your Memory of
Kenneth
Upload Your Memory View All Memories
Be the first to upload a memory!
Share A Memory
Plant a Tree