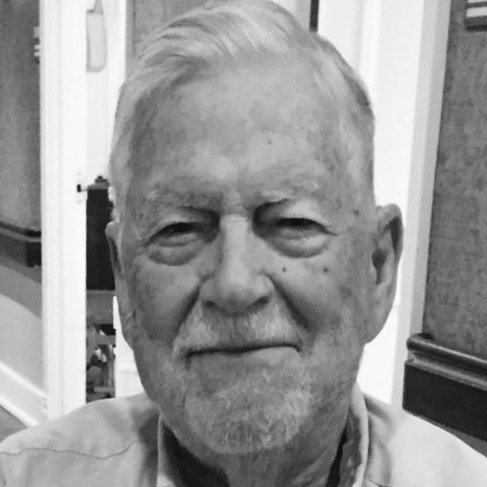 Please share a memory of Clark to include in a keepsake book for family and friends.
View Tribute Book

If a man’s success is judged based on how many lives he touched, there would be no doubt that Clark lived and died a successful man.  Clark James Paradise, 92, passed away on September 26, 2019.  Clark was born in Proctor, Minnesota on April 15, 1927 and was a resident of Toms River for the last 48 years.  He served in the Navy in World War II and was a graduate of the University of Minnesota Duluth.  After trying several different vocations, including working on the railroad, owning a gas station, and even having a brief career in the circus, he said he was “told by God to get out there and help others”.  And help others he did.

He began this new path by working for the Minnesota Lung Association and then the Minnesota and Pennsylvania Heart Associations.  In 1965 Clark began a 24 year career as Executive Director and then President of Easter Seals New Jersey . The Clark J. Paradise award is given each year to employees who exemplify the highest standards of Easter Seals New Jersey. After his retirement he continued to work as a consultant and volunteer for various charities.  In 2005, after learning about people living in the woods and not having access to life’s basic needs he, with his wife Jean, started Your Grandmother’s Cupboard which provides clothing,  toiletries and other necessary items to the homeless and working poor throughout New Jersey.  Clark and Jean were named the first New Jersey Heroes of 2011 for their work by then first Lady Mary Pat Christie. They were also the 2012 US Grand Prize Winners of the Home Instead Salute to Senior Service Contest.

He is survived by his wife of 69 years, Jean (Jorenby), his sister Elizabeth Rich, his children: Bill and his wife Ingrid, Dennis and his wife Robin, Jeanette Schlapfer and her husband Chuck, Allan and his wife Gail.  He was also a proud Pop-Pop to 9 grandchildren and 11 – soon to be 12 great-grandchildren.  Clark touched and changed the lives of everyone he met, friends, families, strangers.

Clark  worked seven days a week and still found time to attend all his grandchildren’s events, walk his daily mile, go to every church pancake breakfast in Ocean County, give rides to strangers he saw walking down the street (which we do not recommend), write hundreds of personal thank you letters  and “break bread” with those around him.

It would be the greatest legacy for Clark and his life well lived if you can spread some of the hope and goodwill that he shared daily with everyone you come in touch with.

The family is having a memorial service for Clark at Holy Cross Lutheran church in Toms River at 1:00 PM on 11/17/2019. They invite you to come and share a memorable story. Memorial gifts can be made to Destiny’s bridge http://www.destinysbridge.org/ and Your Grandmother’s Cupboard http://ygcnj.org/

To plant a beautiful memorial tree in memory of Clark Paradise, please visit our Tree Store

Look inside to read what others have shared
Family and friends are coming together online to create a special keepsake. Every memory left on the online obituary will be automatically included in this book.
View Tribute Book
Services for Clark Paradise
There are no events scheduled. You can still show your support by planting a tree in memory of Clark Paradise.
Plant a tree in memory of Clark

Share Your Memory of
Clark
Upload Your Memory View All Memories
Be the first to upload a memory!
Share A Memory
Plant a Tree