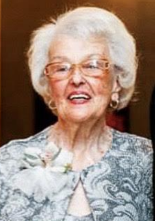 Please share a memory of Irene to include in a keepsake book for family and friends.
View Tribute Book
Irene T. Kelly, age 91 of Lavallette, NJ passed away peacefully on January 5, 2020 with her family by her side. She was born to the late Edmund and Stefania Kosenski on February 27, 1929 in Union, New Jersey. Irene was born in Union County and lived in Irvington before establishing her roots in Lavallette. She was involved in the family business which included Kelly and Kay’s supermarket, Kay’s Bakery and the Tradewinds Motor Lodge in Lavallette. She served for multiple years on the Lavallette Planning Board. Irene was very active in Save our Ocean and was an integral part of shutting down the Ciba-Geigy pipeline. She was also an active member in the Deborah Heart and Lung Association Seaside Heights chapter. She enjoyed traveling with her family and specifically loved her frequent trips to Atlantic City. Irene enjoyed her home in Lavallette, her family, her grandchildren and her great grandchildren. She is predeceased by her loving husband of 60 years, Joseph; her brothers, Edmund, Ted and Walter. She is survived by her son, Paul and wife Laurie, daughter Carolyn and husband Jerry. She was blessed with six grandchildren, Kelly, Jerry, Dean, Diana, Paul and Matt; and two great-grandchildren, Sophia and Joseph. For those who had known Irene please join us for a tribute to her life. She requested a simple service close to home. On Thursday, January 9th, a 10 o’clock mass will be held at St. Joseph’s Church, 685 Hooper Avenue in Toms River, New Jersey. In lieu of flowers, a donation can be made to St. Jude’s Children’s Hospital in honor of Irene Kelly.
To plant a beautiful memorial tree in memory of Irene Kelly, please visit our Tree Store

Look inside to read what others have shared
Family and friends are coming together online to create a special keepsake. Every memory left on the online obituary will be automatically included in this book.
View Tribute Book
Services for Irene Kelly
There are no events scheduled. You can still show your support by planting a tree in memory of Irene Kelly.
Plant a tree in memory of Irene

Share Your Memory of
Irene
Upload Your Memory View All Memories
Be the first to upload a memory!
Share A Memory
Plant a Tree