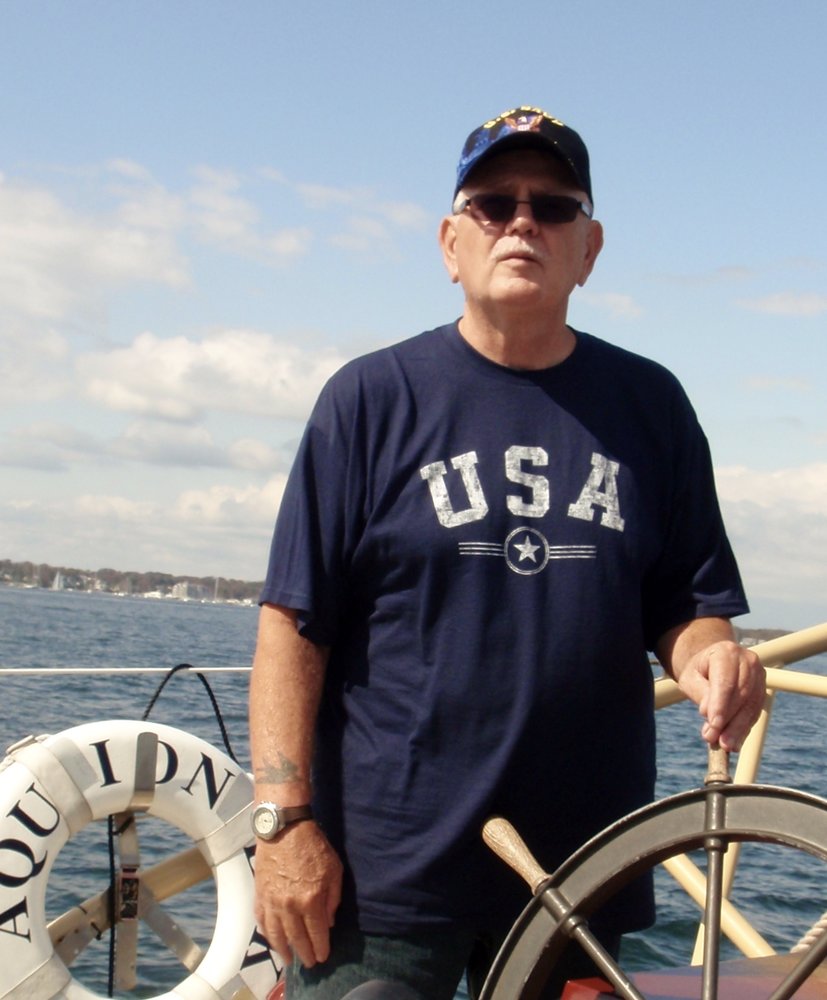 Please share a memory of David to include in a keepsake book for family and friends.
View Tribute Book
David Franklin Inman, Sr., 75, of Tuckerton, NJ, passed peacefully in the comfort of his own home on March 1st, 2020. Dave is survived by his wife Linda of 54 years, daughters; Michelle Inman and Karen Paterno (Brian Paterno son-in-law) and, son David Inman, Jr. (Melissa Inman daughter-in-law), brother Bill Inman, and grandchildren; Logan Inman, Cheyanne Inman, Lily Albrecht, Hayley Lines, Spencer Paterno, Kassidy Paterno and David Inman III, and two great- grandchildren. Dave was born in Dumas, TX. He lived in Texas until he was 2 years old when his family moved to Parkertown, NJ where he lived until he was 17. He talked his mom into signing him into the Navy at age 17 where he served for 4 years on the USS Lawrence. When he got out of the military he moved back to his hometown where he met and fell in love with Linda. They were married in December 1965 and a year later their oldest daughter was born. Dave and Linda moved to Mt. Laurel, NJ in 1975 and they lived there until he retired. He was employed at Burlington Township Public works for over 30 years where he was the sewer department supervisor. Dave loved the outdoors, especially fishing, where his favorite pastime was to go out in his boat with his wife Linda, friends and family. In the summertime Dave was frequently barbequing on the weekend at their home where they were always entertaining family and friends. Dave was a loving father and husband who mill be missed by all those who knew him. We want to extend a special thank you to the staff at Holy Redeemer Hospice for their loving care and support during his final days.
To plant a beautiful memorial tree in memory of David Inman, Sr., please visit our Tree Store

Look inside to read what others have shared
Family and friends are coming together online to create a special keepsake. Every memory left on the online obituary will be automatically included in this book.
View Tribute Book
Services for David Inman, Sr.
There are no events scheduled. You can still show your support by planting a tree in memory of David Inman, Sr..
Plant a tree in memory of David

Share Your Memory of
David
Upload Your Memory View All Memories
Be the first to upload a memory!
Share A Memory
Plant a Tree