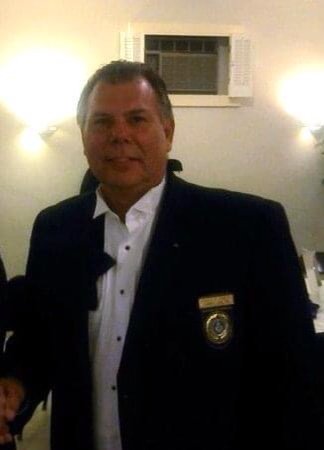 Please share a memory of Donald to include in a keepsake book for family and friends.
View Tribute Book
On April 4, 2020, the Lord welcomed Donald Canetti into Heaven. Donald will be one of the hardest working Angels, this we all know. Although he had plenty of life left at nearly 68 years old, his body could endure no more. He showed his love to his family and friends up until the very end. He passed peacefully at home with his wife and grandson at his side. He was a dedicated past Master of the Harmony Lodge #18 in Toms River, NJ; then to become a Crescent Shriner of Ocean County, NJ, whose cause is the Shriners Hospitals for children. Donald was also active in Punta Gorda Lodge No. 115, in FL, and most recent as an Officer of the Charlotte County Shrine Club. Well-known for his strong work ethic and his professional craft as a master steamfitter and pipefitter; he was an active member and lifelong mentor for the Steamfitters Local Union #420, retiring as a steamfitter at Lincoln Financial Field, home stadium of the Philadelphia Eagles. Donald is survived by his loving and caring wife of 25 years, Phyllis Canetti; her daughter, Amanda Rojas, and four grandsons. Donald is also survived by his daughter, Doreen Gubbay, son-in-law, granddaughter, grandson, and former wife and friend. Donald was the first son born on April 17, 1952 to his surviving mother, Gladys Canetti and deceased father, Henry Canetti; also surviving, are Donald’s two brothers and sister. Donald was a well-respected man as a Husband, Son, Brother, Father, Cousin, Uncle, Grandfather and true and loyal Friend. He will be deeply missed by his family and many friends. In lieu of cards, tokens, and flowers, kindly consider a charitable donation in memory of Donald Canetti to The Shriner’s Children’s Hospital of Philadelphia, PA. This was a charity close to Donald’s heart; he hosted an annual fundraiser at the Hairport Salon in Toms River, NJ with Shriner clowns and minicars. Online donations: https://donate.lovetotherescue.org; from the dropdown, please Direct Your Gift to “Philadelphia”. Donations can also be made by calling 215-430-4055. A memorial service will be held at a later date and communicated for all to attend and celebrate Donald Canetti’s life.

Share Your Memory of
Donald
Upload Your Memory View All Memories
Be the first to upload a memory!
Share A Memory