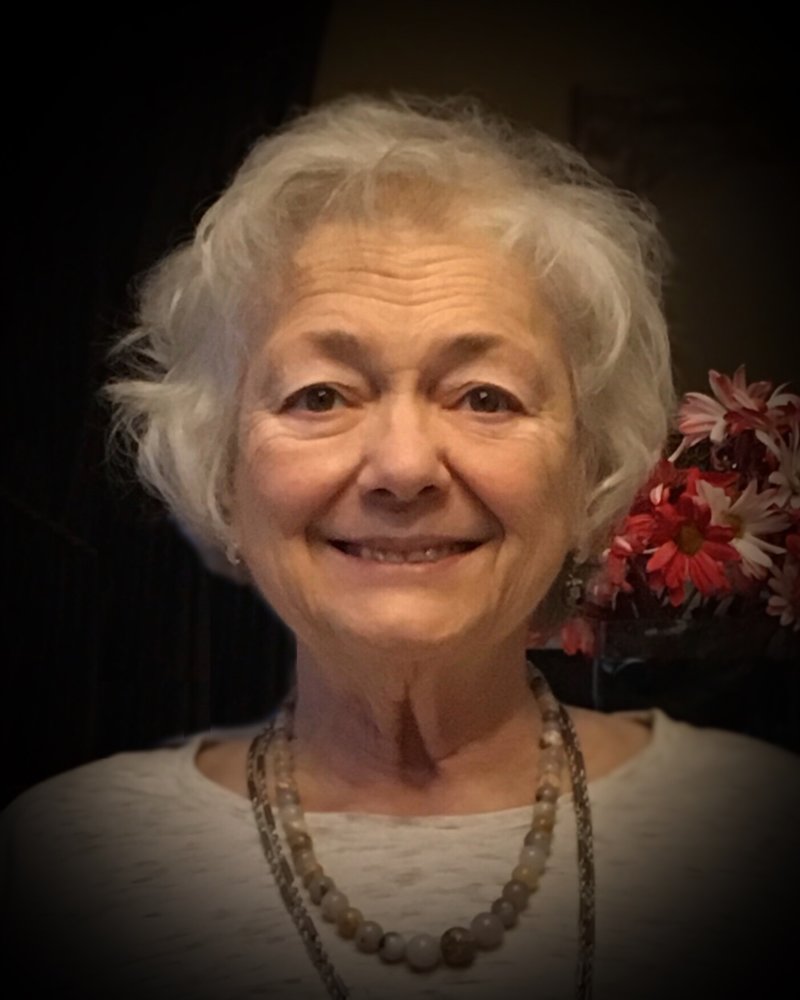 Please share a memory of Jacqueline to include in a keepsake book for family and friends.
View Tribute Book
Jacqueline “Jackie” Georgianna Kavas, a longtime resident of New Hope, PA and more recently New Egypt, NJ, passed away peacefully at home surrounded by her family on April 26, 2020 after a long illness. She was 76. Jackie was born February 22, 1944 in Trenton, NJ to the late Pearl Miller and Warren Herzig. She spent her early years in the New Jersey capital region, graduating from Notre Dame High School in Lawrence, NJ in 1961. Shortly after high school, she met her life partner, Ronald John Kavas, and they were married at the Church of St. Ann in Lawrenceville, NJ on November 19, 1966, beginning a 53-year love story. The couple moved to Solebury, PA, where they were active members of Trinity Episcopal Church. They restored a historic barn at the foot of Bowman’s Hill along Aquetong Road, which for 22 years was home for them and their four daughters. A renowned hostess and cook, Jackie became well known with Ron for their annual Christmas tree-raising parties with their 19’ foot evergreens, as well as countless holiday and family gatherings at the iconic barn which also served as home over the years to many dogs, cats, ponies and a host of other pets. An award-winning gardener, Jackie’s home and gardens always were adorned with countless varieties of bright flowers and exotic plants she cultivated, some of which earned recognition at the New Hope Flower Show. She also enjoyed antiquing, and over the years collected a fine array of “treasures” including rare dishes, pottery, and furniture. Jackie was an avid reader and talented seamstress. She was known among friends for the hand-made dresses she crafted for her girls for Sunday church, family gatherings and for the baby blankets she knitted for her children and grandchildren. She also loved gem shows and shared her passion for unique crystals and rocks with her grandchildren. She shared her deep appreciation of ‘little things’ with those around her such as watching the sunset, gazing at the night sky, and collecting shells. A stay-home mom and housewife for much of her life, Jackie worked various jobs as her girls grew older, including as an administrative assistant for two different legal firms. Away from home and work, Jackie treasured time at the beach, both at the nearby Jersey Shore and her family’s vacation condominium in Bradenton, FL, where she savored the sunsets and collected shells. But of all her activities and interests, Jackie loved nothing more than spending time with her family and watching it grow through the years. In addition to her devoted husband Ron, Jackie is survived by a brother, William Gilbert and his wife Fran, of Live Oak, FL. She also is survived by her children Christine Lapp of New Egypt, NJ; Sherry Kavas and her partner Brian Sutton of Port Republic, NJ; Leslie Kendig and her husband Tysen Kendig of Storrs, CT; and Alexis Montalvo and her husband Manny Montalvo of Lambertville, NJ. Jackie also was blessed with eight grandchildren who were the lights of her life: Justine Lapp, Stephanie Lapp, Skylar Lapp, Austin Kendig, Colton Kendig, Alexander Montalvo, Ashton Montalvo, and Addison Montalvo, along with three great-grandchildren: Claira, Liam and Remi. Jackie extended her immense capacity for love well beyond her immediate family. She was a motherly and grandmotherly figure to Theresa and Christopher Walker and their four beloved children Amber, Sean, Jared and Sydney who reside in Warminster, PA. Due to current COVID-19 restrictions, a memorial service to celebrate Jackie’s life will be held at a later date. In lieu of flowers, the family asks for donations in Jackie’s memory to St. Jude Children’s Research Hospital in Memphis, TN.

Share Your Memory of
Jacqueline
Upload Your Memory View All Memories
Be the first to upload a memory!
Share A Memory