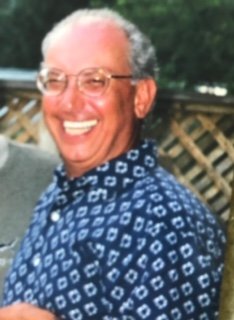 Please share a memory of Charles to include in a keepsake book for family and friends.
View Tribute Book
A caring husband, father, grandfather, son and brother, Charles Anthony Esposito, 76, of Jackson, New Jersey, passed away peacefully at home May 31st in the presence of family. He bravely confronted and fought blood cancer for years. He was born in Union City, NJ and resided in Jackson, NJ for the past 15 years, having moved from the White Rock Lake community in Jefferson Township, NJ. He graduated from Union Hill High School in 1961 and later attended Rutgers University, Newark. Charlie served his country as a member of the NJ National Guard. Charlie was a Manager of Procurement for ITT Corporation in NJ for many years where he worked to negotiate government contracts in the aerospace industry. When asked to describe his work, he modestly stated, “I pass papers.” Charlie was a true lover of cars both large and small, old and new. His prized Miata ran laps every fall at the “old course” in Watkins Glenn, NY. Driving along with the Miata Del Val Club, he and his wife, Elaine, enjoyed many breezy weekends on winding roads “top-down.” Charlie’s private collection of over 350 model cars was kept near his volumes of Car and Driver magazines. Nobody in his circle of friends or family ever bought a new car without first calling Charlie for his opinion. To escape the winter months in retirement, he and Elaine would vacation in the Florida Keys from January thru April. His love for animals is founded in his mom’s story of finding various strays that Charlie brought home and hid in the house. Springtime would bring Charlie to the dugout coaching in the White Rock Little League. On weekends throughout the summer he would be down on hands and knees working all day in his gardens before relaxing in the back deck hot tub with a fine cigar and a relaxed smile. That smile is what Charlie shared with the world. At the right moments he could light up a room like actor Jack Nicholson with a smile, a handshake, and a hug. He was passionate about family and summed it up by saying, “Just give me my boys and everything will be fine.” Despite a lifelong love of his Yankees, Giants, and Rangers, he still managed to smile through the scattered wins and frequent losses. So now we lay him to rest embracing that smile and knowing that you can never spell Charlie without the letters C A R. He is survived by his wife of 52 years, Elaine (Mina) Esposito; son Chuck Esposito of Lansdale, Pennsylvania; son David Esposito and wife Lori of Andover, New Jersey; grandchildren Nicholas, Anthony, and Erica. He was preceded in death by his parents Carmen and Rose Esposito of Cliffside Park, NJ and his sister Marie (Esposito) Karach of Lakewood, NJ. A Celebration of Life is planned for later this summer. Donations in his name may be made to: Memorial Sloan Kettering Cancer Center (https://giving.mskcc.org), Holisticare Hospice (https://www.chafoundation.net/contribute-online) Juvenile Diabetes Research Foundation (https://www.jdrf.org/)
To plant a beautiful memorial tree in memory of Charles Esposito, please visit our Tree Store

Look inside to read what others have shared
Family and friends are coming together online to create a special keepsake. Every memory left on the online obituary will be automatically included in this book.
View Tribute Book
Services for Charles Esposito
There are no events scheduled. You can still show your support by planting a tree in memory of Charles Esposito.
Plant a tree in memory of Charles

Share Your Memory of
Charles
Upload Your Memory View All Memories
Be the first to upload a memory!
Share A Memory
Plant a Tree