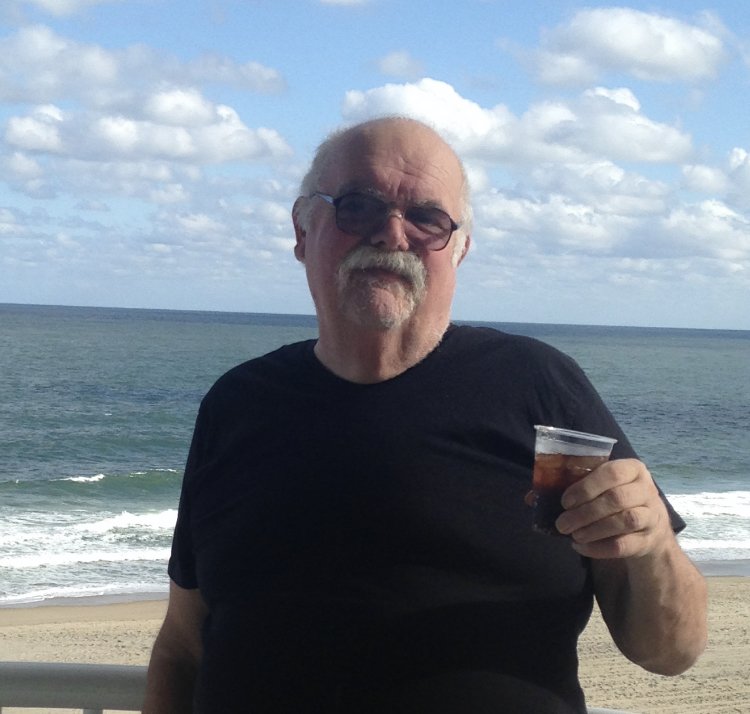 Please share a memory of Richard to include in a keepsake book for family and friends.
View Tribute Book
Richard Leigh Polhemus, age 71, died peacefully at home on June 11th after a long battle with Parkinson’s Disease. Richard was born on April 20, 1949 in Neptune, NJ to Leigh and Elaine (Simmill) Polhemus. He graduated from Wall Township High School and received his Associate’s Degree from Ocean County College. In between, Richard joined the United States Navy where he was stationed in both Washington, D.C. and Guantanamo Bay, Cuba. After being honorably discharged, Richard parlayed his love for tinkering and wiring into a long career as an Alarm Technician. He retired from Surf Fire & Security in 2006. While alarms paid the bills, he had a passion for traveling. He became a part-time travel agent, creating memorable experiences for his clients, but most of all he loved taking cruises with his friends and family. He was also a member of the Laurelton Fire Company in Brick, NJ for 6 years where he served as Fire Captain. He married Peggy Lou Griggs in 1975 and they raised one daughter, Katelyn Maureen. Rick loved playing his music loud, fireworks, Butterfingers, sunsets, Myers Rum, cracking jokes and his family. He is predeceased by his parents, Leigh & Elaine Polhemus and his sister, Susan Inge. He is survived by his wife Peggy, his daughter and son-in-law, Katelyn & Anibal Rodriguez, his granddaughter Aidalyn, and several cousins, nieces, and nephews whom he loved dearly. In-lieu of flowers, please make a donation to The Parkinson’s Unity Walk where his family would walk to support the fight against Parkinson’s Disease as Team Flux Capacitor, or simply perform a random act of kindness in his honor. A celebration of his life will be scheduled at a later date.
To plant a beautiful memorial tree in memory of Richard Polhemus, please visit our Tree Store

Look inside to read what others have shared
Family and friends are coming together online to create a special keepsake. Every memory left on the online obituary will be automatically included in this book.
View Tribute Book
Services for Richard Polhemus
There are no events scheduled. You can still show your support by planting a tree in memory of Richard Polhemus.
Plant a tree in memory of Richard

Share Your Memory of
Richard
Upload Your Memory View All Memories
Be the first to upload a memory!
Share A Memory
Plant a Tree