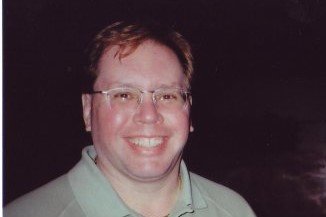 Please share a memory of Garry to include in a keepsake book for family and friends.
View Tribute Book
Garry M. Anderson passed away peacefully on Saturday, August 15, 2020, in Community Hospital, Toms River, NJ, after an extended illness. Garry was a resident of Seaside Heights, NJ, to be near his beloved coast. Garry was born September 30, 1960, in Waco TX, to Robert E. Anderson (deceased) and Dolores C. Anderson. Garry spent his early childhood traveling with his military family to different areas of this country, settling in middle Georgia at a young age. He studied piano during high school and became an accomplished organist and pianist; one of his joys was sharing his faith as an organist for the First Baptist Church and Tabernacle Baptist Church in Macon, GA. He studied at Mercer University, Macon, GA, majoring in music and piano at Julliard School of Music, New York City. After completing his studies, he traveled Europe, and later settled for a short time in Long Beach, CA, then lived many years in New York City and finally New Jersey. Garry was a successful entrepreneur, creating and heading two technology companies in New York City and, after leaving the City, a NJ real estate office. Garry lived life to the fullest and shared his gourmet cooking, sense of humor, warmth and genuine concern for others with his many friends whose lives he changed for the better. He was always ready to extend a helping hand, regardless of what needed to be done. He is survived by his mother, Dolores Anderson, sister Sharon (Sam “Hicks”) Queener, brother Bob Anderson, all of Byron, GA, many nieces and nephews and his love, Jake aka “Bear", his beloved 18 yr. old rescue cat, and dear friends Iris and Marcia. A private memorial will be held at a later date. Garry will rest in Parkway Memorial Gardens, Warner Robins, GA.
To plant a beautiful memorial tree in memory of Garry Anderson, please visit our Tree Store

Look inside to read what others have shared
Family and friends are coming together online to create a special keepsake. Every memory left on the online obituary will be automatically included in this book.
View Tribute Book
Services for Garry Anderson
There are no events scheduled. You can still show your support by planting a tree in memory of Garry Anderson.
Plant a tree in memory of Garry

Share Your Memory of
Garry
Upload Your Memory View All Memories
Be the first to upload a memory!
Share A Memory
Plant a Tree