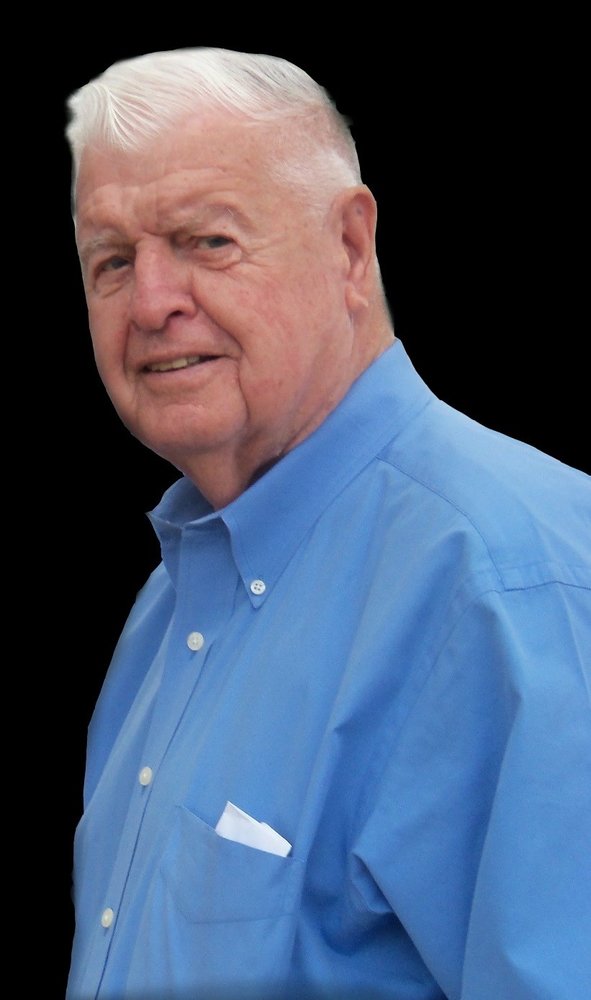 Please share a memory of Allan to include in a keepsake book for family and friends.
View Tribute Book
Allan Gilbert Anderson "Gil" Anderson, of Beach Haven, passed away gently at home on September 26th at the age of 91. He attended Beach Haven Elementary School and graduated Barnegat High School in 1947. Although he grew up in and was a lifelong resident of Beach Haven, he was born August 7, 1929 in Jersey City to immigrant Swedish parents Allan and Alma Anderson, who moved to Long Beach Island early in the Great Depression. The oldest of three siblings, Gil was imbued with his father’s entrepreneurial drive and spirit at an early age. His first business was renting umbrellas on the Beach Haven boardwalk. He was later employed by his father as a house painter, and supplemented his income by clamming the bay. Gil met his future wife, Marie Cranmer, in kindergarten. They married in 1948 and had four children. He began his career in Insurance and Real Estate in 1957, selling insurance from his home. He opened his first formal office, G. Anderson Agency, on Colorado Avenue in Haven Beach, and soon realized he needed more space. His brother Leonard Anderson, son Andrew Anderson, and son-in-law Daniel Taylor, joined the expanding business. He then built the current office in 1978, which is located on the site of the former Crest Fishery. Gil's pride and dedication was growing the business to its current success, and mentoring others to achieve success as well. He was Agency President until he retired in 2014. In the late 1970’s there was only a single bank on Long Beach Island – the Beach Haven National Bank founded in the early 1920’s. Approached by Herbert L. Shapiro, a prominent area builder/developer, Gil decided to invest along with Herb and other prominent businessmen, in Bay State Bank, a new bank for Long Beach Island. The first office opened in Ship Bottom in early 1979, with five other local branches soon following. He was a past Chairman of the Beach Haven Zoning Board of Adjustment, a Director of Bay State and Summit Bank for many years, a member and Past Worshipful Master of Sextant Masonic Lodge No. 286, and was well known throughout the community. Gil was predeceased by his wife Marie (nee Cranmer) of 57 years He is survived by his two sons, Carter Anderson of Manahawkin NJ, Andrew (Rose) Anderson of Hansville, WA, and two daughters, Terry (Daniel) Taylor of Prosper TX, and Lori (Ken Platt) Anderson of Beach Haven NJ. Gil was blessed with six grandchildren, Diana Noller (Fredric) and Erin (Joseph) Edgar both of Prosper TX, Jessica Anderson of Westmont NJ, Adam Anderson of Egg Harbor Township, Kitt Anderson Miller and Max Allan Miller both of Cottonwood Heights UT. Gil was double blessed by six great grandchildren, Luke, Andrew, Cole, Ava, Haley, and Lily. Relatives surviving are his brother Leonard (Linda) Anderson, his sister Evelyn Lawrence, nephews Chris Lawrence, Eric Leach, and Keith Anderson. The family wishes to recognize and thank Judith Williams, Nancy Minor, Shelly Gomes, and Susan Bulman who were Gil's recent and excellent caregivers. Very special and very sincere, heartfelt thanks to Ken Platt for his devotion, dedication and companionship to Gil. Donations in lieu of flowers can be sent to Kynett United Methodist Church, 127 Centre Street, Beach Haven NJ 08008, or Shriners Hospital for Children - Philadelphia 3551 N. Broad Street, Phila. PA 19140. All services will be private. Gil loved LBI, the residents, the natural rhythm of life and tides at the shore, time spent on or in the bay, his family, and the many people he met throughout his lifetime and business career. Gil was friendly, easy going, and hardworking. To his success he would say, "Not bad for a clam digger".
To plant a beautiful memorial tree in memory of Allan Anderson, please visit our Tree Store

Look inside to read what others have shared
Family and friends are coming together online to create a special keepsake. Every memory left on the online obituary will be automatically included in this book.
View Tribute Book
Services for Allan Anderson
There are no events scheduled. You can still show your support by planting a tree in memory of Allan Anderson.
Plant a tree in memory of Allan

Share Your Memory of
Allan
Upload Your Memory View All Memories
Be the first to upload a memory!
Share A Memory
Plant a Tree