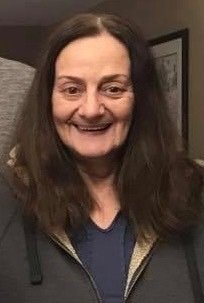 Please share a memory of Dorothy to include in a keepsake book for family and friends.
View Tribute Book
Dorothy Staub 1947-2021 Dorothy Staub (nee Guerrini), known to friends as "Dottie," passed away on January 28th, 2021, at the age of 73 years, after a short battle with Lung Cancer. Dorothy was born on February 2nd, 1947, in Orange, NJ. She is predeceased by her Mother & Father Virginia (nee Casale) & Stephen Guerrini Sr. as well as her Brother, Stephen Guerrini Jr. She is survived by her only child, Joseph Staub Jr., his wife, Tammy, and her two grandsons, Andrew & Justin, whom she loved dearly. Dorothy is also survived by her sisters, Kathleen Guerrini, and husband Michael D. Young, and Mary Dickinson and her husband, Thomas. Dorothy graduated from Bloomfield High School in 1965. After graduation she began working for the Social Security Administration offices located in Newark, NJ. Once she married and became a mother, she elected to be a stay-at-home Mom, which lasted for a period of about ten years. After that time she re-entered the workforce, and resumed her secretarial career. Some of her places of employment were the Barnegat Township Transportation Department and Century 21 Realty. However, her longest tenured position was for the Barnegat Township Police Department. Dorothy began as a dispatcher and ended her career as the Confidential Secretary for the Chief of Police. She took much pride in her position at the police department and retired in January 2017. She enjoyed spending time with her Son and his family either watching movies, playing board games, or walking the Ocean City Boardwalk during the Summer months. She had many hobbies, but her favorite was sewing and quilt making. She had made several quilts through the years, some of which were even displayed in local quilt contests. In retirement she also enjoyed her weekly shopping and lunch outings with long time friend, Karen Sprofera. “Dottie”/Mom/Grandma will be missed dearly. Due to the current pandemic, and overall safety of our family and friends, we regretfully have chosen not to have a funeral service at this time. Our hope is to have a memorial later this year. We are asking that donations be made in her memory to the American Cancer Society at cancer.org. If you wish to send condolences, share memories or stories with her Son and his family, please address them to: Joseph Staub Jr, 300 Pharo Avenue, Tuckerton, NJ 08087.
To plant a beautiful memorial tree in memory of Dorothy Staub, please visit our Tree Store

Look inside to read what others have shared
Family and friends are coming together online to create a special keepsake. Every memory left on the online obituary will be automatically included in this book.
View Tribute Book
Services for Dorothy Staub
There are no events scheduled. You can still show your support by planting a tree in memory of Dorothy Staub.
Plant a tree in memory of Dorothy

Share Your Memory of
Dorothy
Upload Your Memory View All Memories
Be the first to upload a memory!
Share A Memory
Plant a Tree