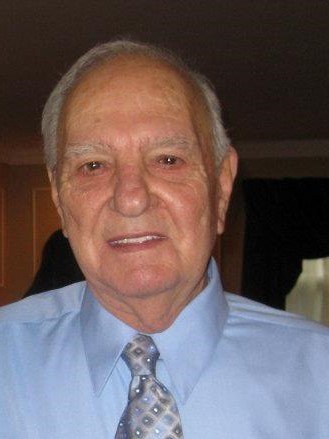 Please share a memory of Ronald to include in a keepsake book for family and friends.
View Tribute Book
Toms River – Ronald W. D’Apuzzo age 88, passed away on Monday February 1, 2021. He had been in declining health since his heart attack in 2017. He contracted the COVID Virus while in the hospital and passed away. Ronald was born March 7, 1932 to the late Jerry and Gilda D’Apuzzo in Brooklyn NY. He and his family moved to Howell NJ when his father opened Jerry’s Produce Stand and subsequently opened a frozen custard stand serving beachgoers coming to the Jersey Shore via Rt 9, before the Garden State Parkway was built. Ronald served 2 years in the US Army (1952-1954) stationed in Germany. After returning home, he started his own Electrical Contracting company (Central Electric). He owned and operated Central Electric along with his partner Louis Frank for over 40 years, retiring in 1999. Ron was a very talented man who could build and fix anything. He was a master Electrician and craftsman; his skills were truly exceptional. Ronald was also a loving husband and father who put his family first. He was predeceased by his wife Mary Jane D’Apuzzo, and his sisters Elanor and Gladys. He is survived by his daughter Donna D’Apuzzo, his son and daughter in law Ronald F. and Barbara D’Apuzzo, his Granddog Sandi, his NJ nieces Cathy Gyenes, Teri Brennan, and many other loving nieces and nephews. A Funeral Mass will be held on Tuesday February 9th, 10 AM at St. Joseph’s RC Church, Toms River. A celebration of life will be held at a later date. In lieu of flowers, please consider a donation to the ASPCA at www.aspca.org.
To plant a beautiful memorial tree in memory of Ronald D'Apuzzo, please visit our Tree Store

Look inside to read what others have shared
Family and friends are coming together online to create a special keepsake. Every memory left on the online obituary will be automatically included in this book.
View Tribute Book
Services for Ronald D'Apuzzo
There are no events scheduled. You can still show your support by planting a tree in memory of Ronald D'Apuzzo.
Plant a tree in memory of Ronald

Share Your Memory of
Ronald
Upload Your Memory View All Memories
Be the first to upload a memory!
Share A Memory
Plant a Tree