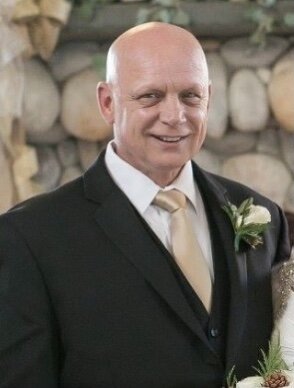 Please share a memory of Eugene to include in a keepsake book for family and friends.
View Tribute Book
Eugene ‘Chico’ Iapicco, 62, passed away on January 25, 2022 after a courageous battle with cancer. Chico was born on December 10, 1959 in Hackensack, NJ to his parents, Alphonse and Gertrude Iapicco. He grew up in a large, loving family. Chico was raised in Carlstadt, NJ and moved to Forked River in 1973. He graduated from Central Regional in 1977. He worked for the State of New Jersey and took great pride in being the Supervisor of the Forked River State Marina. Chico was an avid hunter and golfer. His best days were spent in a tree stand or out playing eighteen holes. He was a devoted father and Pops. He enjoyed spending most of his days with the loves of his life, his daughter Alyssa, son in law Bob, and his three beautiful grandchildren Viviana, Robby, and Brian. Chico is survived by his daughter, Alyssa and her husband Robert Maloney Jr. Three grandchildren; Viviana, Robert III, and Brian Maloney. His siblings; Gary Iapicco (Diane), Gerard Iapicco (Jennifer), Mark Iapicco (Faith), Steven Iapicco (Liz), and Angela Kasmer. He is also survived by many nieces, nephews, and loving friends. Chico was always the life of the party. A celebration of life will be held in his honor on Sunday, January 30, 2022, from 11 am to 3 pm at The Waterfront, located at 361 E Lacey Rd, Forked River. In lieu of flowers contributions can be made to St. Jude Children’s Hospital in Chico’s memory.
To plant a beautiful memorial tree in memory of Eugene Iapicco, please visit our Tree Store

Look inside to read what others have shared
Family and friends are coming together online to create a special keepsake. Every memory left on the online obituary will be automatically included in this book.
View Tribute Book
Services for Eugene Iapicco
There are no events scheduled. You can still show your support by planting a tree in memory of Eugene Iapicco.
Plant a tree in memory of Eugene

Share Your Memory of
Eugene
Upload Your Memory View All Memories
Be the first to upload a memory!
Share A Memory
Plant a Tree