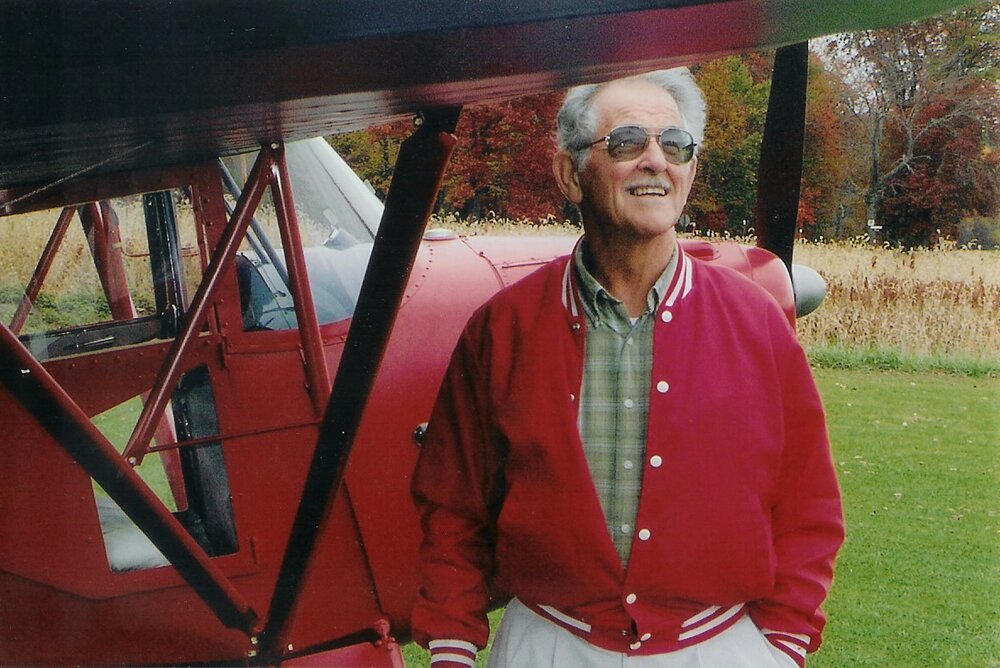 Please share a memory of David to include in a keepsake book for family and friends.
View Tribute Book
David Owen Morse, age 89, of Whiting, NJ, formerly of Clinton, NJ, Saylorsburg, PA and Cheshire, CT went home to be with his Lord on January 31. He was the devoted husband of the late Barbara (Huntenburg) Morse. They were married for 59 years before her passing in 2015. David was born in Pittstown, NJ on November 12, 1932 son of the late Clifford and Charlotte (Schneider) Morse. He graduated from North Hunterdon Regional High School in Annandale, NJ. David joined the Army in 1950 and became a Pathfinder with the 11th Airborne earning the rank of Sgt. and receiving the Senior Parachute Badge. He served most of his term at Fort Campbell, KY and was honorably discharged in June 1953. He was a lifetime member of the 11th Airborne Division Association and enjoyed driving cross country with Barbara to attend the biannual meetings. David began his career with Agway, Inc. as a store manager and in time became an enterprise salesman where he made daily stops at farms throughout Connecticut and Upstate New York before retiring to the Poconos in 1992. David’s love of flying began at Sky Manor Airport in Pittstown, NJ where he received his pilot’s license. Once his family was grown, he purchased and piloted a 1942 Aeronca Chief which he spent several years totally rebuilding in his basement and garage. He was a member of the Experimental Aircraft Association Chapter 839 in Stroudsburg, PA. An avid hunter, he was also a lifetime member of the NRA and enjoyed many years of successful hunting in the farmlands of Hunterdon County, the forests of Vermont, and his own backyard in the Poconos. David was known as a hardworking, passionate, honest man. He will be deeply missed by his children: Cindy Alborn (Skip) of Toms River, NJ; Clifford Morse (Donna) of Monroe, CT; Ann Morse of Middletown, CT and Ellen Morse-Morris (Timothy) of Kensington, CT. He was the loving “Poppy” to his five grandchildren: Christy and Jeff Alborn, Jessica Morse, Patrick and Bryan Morris and his four great grandchildren: Emaleigh, Jeffrey, Aiden, and Owen Alborn. David is also survived by two brothers: Nolen Morse of Smyrna, NY and Daniel Morse and wife Patricia of Asbury, NJ; his sisters-in-law Joan Fairchild and Beverly Schneider and many nieces and nephews. He was preceded in death by a brother: J. Robert Morse. A full military service will be held in his honor at the family’s convenience at Washington’s Crossing National Cemetery in Newtown, PA. In lieu of flowers memorial donations may be made to Hillsdale College, www.hillsdale.edu or the American Heart Association, www.heart.org. Ocean County Cremation Service of Toms River, NJ is in charge of the arrangements. www.oceancountycremationservice.com
To plant a beautiful memorial tree in memory of David Morse, please visit our Tree Store

Look inside to read what others have shared
Family and friends are coming together online to create a special keepsake. Every memory left on the online obituary will be automatically included in this book.
View Tribute Book
Services for David Morse
There are no events scheduled. You can still show your support by planting a tree in memory of David Morse.
Plant a tree in memory of David

Share Your Memory of
David
Upload Your Memory View All Memories
Be the first to upload a memory!
Share A Memory
Plant a Tree