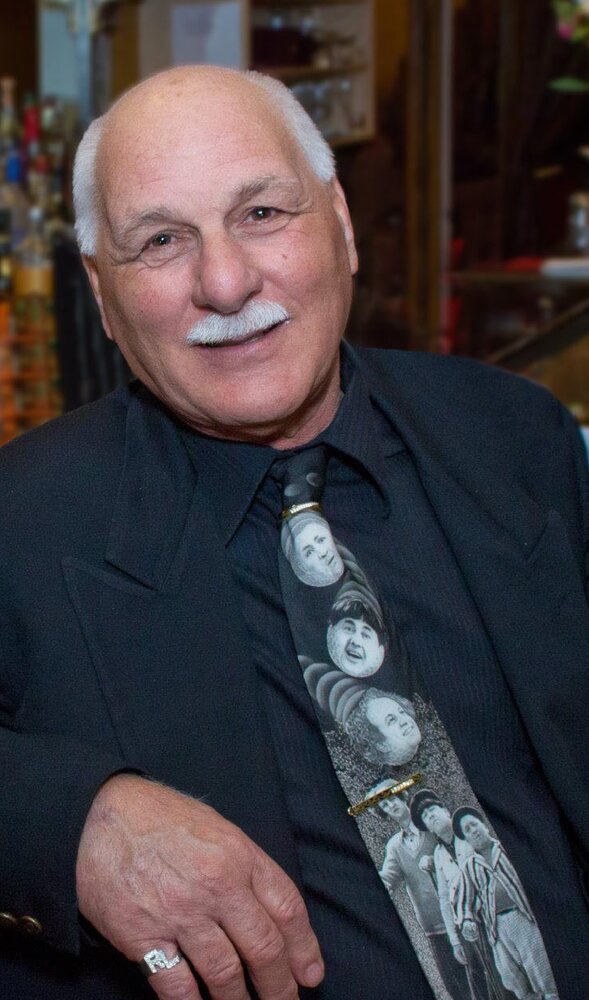 Please share a memory of Richard to include in a keepsake book for family and friends.
View Tribute Book
Richard Lattuga December 30, 1946 - April 1, 2022 Richard was the youngest born to Alfred Lattuga Sr. and Antoinette Lattuga in Brooklyn, New York. He is survived by his sisters Barbara Tatalovich, Carol Tetreault, his brother Robert Lattuga and predeceased by his older brother Alfred Lattuga. His wife Phyllis Lattuga, children Audra Rauso, Danielle Matusz, Richard Lattuga Jr., and son-in-law John Matusz. Grandchildren Angelique Matusz Piche, husband Patrick Piche, Phylicia Matusz, husband Brandon Des Jardin, Alexya Rauso, Hailey Rauso and Dyllan Rauso. At six months old, Richard's family moved from Brooklyn to Glendale California in 1947, where he resided until the age of 17. He returned to Brooklyn in June of 1963 for vacation with his family. Richard and Phyllis met that summer and were inseparable until the end of his family vacation. The two remained in contact through letters and phone calls. Richard decided to move back to Brooklyn to be with her in 1964. In July of 1966, Richard was drafted into the United States Army at the age of 20. He completed basic training at Ft. Gordon, Georgia and was stationed at Ft. Sill, Oklahoma. During his military service, Richard was an auto mechanic and worked on various types of equipment and vehicles. In December of 1966, Richard went home to Brooklyn on leave and married Phyllis on December 17th in Las Vegas. Down the line, Richard was Honorably discharged in July of 1968 and returned home to Brooklyn to Phyllis and newborn baby Audra. Life for Richard and Phyllis began in 1974 when they moved to South East Annandale, Staten Island. Richard opened his own Auto Repair Shop, CC&R Repairs and Towing on Forest Avenue. Alongside the auto shop, he pursued his passion for business and helping people further; from 1976 to 2012 he owned a car wash, limo company, upholstery shop and handicap equipment business. Customers were more than customers to Richard, he became friends with clients and would go above and beyond for them. He built a reputable name for himself and loyal clientele. He ran his first location on Forest Avenue for 30 years and later relocated to Richmond Avenue, where said clientele followed. Aside from his business endeavors, Richard was very involved in the Staten Island community as well. He belonged to the North Shore Rotary Club, a charitable organization that helps those in need. Notable achievements during his time in Rotary include his Paul Harris Fellow Award, Gift of Life, Inc. Appreciation, being the first Rotary member to allow women into the club and being elected North Shore Rotary President in 1995-1996. During his time in Rotary, donations were made to North Shore Rescue Squad, Staten Island Cares, Project Hospitality, Good Counsel Home for Women, Education Scholarships, Staten Island Children Museum, and more. In 2005, Richard and Phyllis moved down to Barnegat, New Jersey to be closer to their children. Richard continued his CC&R auto shop in Staten Island until 2011 and relocated the business to a new location along North Main Street in Barnegat. Longtime customers from Staten Island would travel down to Barnegat to still recieve auto service from him. Finally in 2012, Richard decided to close his auto service and take it easy, concluding his 40 years in the auto business. However he was never able to sit still for very long, from 2012 to 2021 he helped new business owners open storefronts around town, would help deliver pizzas, do repairs for them, you name it. Eventually he also started his own solo handyman business. In preparation for the summers, he would renovate, repair and clean rental houses along Long Beach Island, and was the resident handyman for Daddy-O's Hotel and Restaurant. Work was important to Richard, as were his loved ones. He and his wife loved having family and friends around to enjoy holidays and weekends for years. Richard became ill with cancer in 2020 and fought a good fight. Despite his condition, he remained active and busy. He continued on with helping his community until he couldn't anymore. April 1, 2022 he passed peacefully in the arms of his family. Richard meant so much to many people. He will be remembered forever and dearly missed. A mass for Richard Lattuga will be held on Tuesday April 12th, from 11AM-12PM at St. Mary's Parish, 747 W Bay Ave, Barnegat Township NJ 08005 Interment Ceremony will follow, starting at 12:45PM at Ocean County Memorial Park, 280 Wells Mills Rd, Waretown NJ 08758 In lieu of flowers, donations can be made to Hackensack Meridian Health - give.hackensackmeridianhealth.org (select Hospice, Home Care) Rotary - my.rotary.org/en/donate Wounded Warrior Project - woundedwarriorproject.org/donate
To plant a beautiful memorial tree in memory of Richard Lattuga, please visit our Tree Store

Look inside to read what others have shared
Family and friends are coming together online to create a special keepsake. Every memory left on the online obituary will be automatically included in this book.
View Tribute Book
Services for Richard Lattuga
There are no events scheduled. You can still show your support by planting a tree in memory of Richard Lattuga.
Plant a tree in memory of Richard

Share Your Memory of
Richard
Upload Your Memory View All Memories
Be the first to upload a memory!
Share A Memory
Plant a Tree