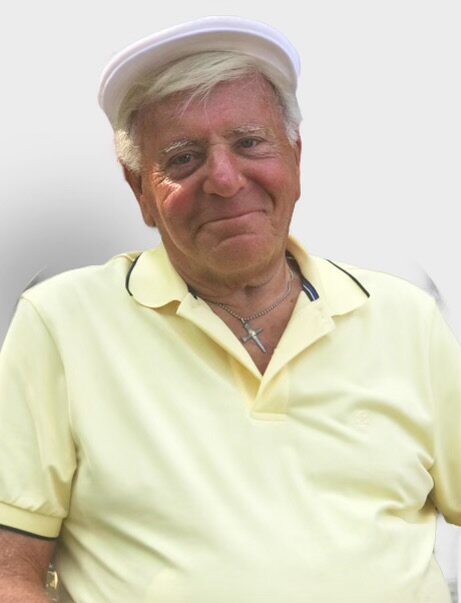 Please share a memory of Nicholas to include in a keepsake book for family and friends.
View Tribute Book
Nicholas DeLuca, husband, father, grandfather, great grandfather, uncle, and friend, passed away on Sunday, July 24, 2022 at the age of 85 comfortably at home with his wife and loved ones by his side in Manchester, New Jersey. Nicholas is survived by his wife: Frances DeLuca; his children, Dayna Siewert, Doreen Lantieri, and Danielle Nuzzolo; his son in-laws, Michael Siewert, John Lantieri, and Ron Nuzzolo; his grandchildren, Michael Siewert and his wife Annette, Jonathan Lantieri and his girlfriend Robin Lynn, Nicholas Lantieri, Marissa Hamera and her husband Jason, Nicolette Nuzzolo and her boyfriend Sal, and Ronnie Nuzzolo; and his great grandchildren, Abigail Siewert, Michael Sal Siewert, and Matthew Siewert. Nicky, aka "Big Guy", was born on March 13, 1937 in Brooklyn, NY, raised his family in a beautiful Staten Island home, and later retired in the south jersey Renaissance community. He married the love of his life, Fran on May 17, 1958 and they later welcomed their three daughters. For over 60 years, Nick was a successful painter and business owner who never advertised and grew his business by doing the right things, the right way, for the right reasons. Nicholas loved his country and served for 6 years in the United States Marine Corps. In his youth, Nick boxed for the Police Athletic League in Brooklyn and won two Golden Gloves medals in Chicago in the early fifties. In his free time, he enjoyed working out, swimming, and good italian food with a cold glass of red wine. He lived life to the fullest and always put others first. He would graciously give to all constantly while saying "Go buy yourself a cigar" and never complained, ever. A mass is scheduled for Monday, August 1st at at 10:30 AM St. Monica's Parish in Jackson NJ. In lieu of flowers and mass cards, please make donations to St. Monica's where Nicholas was a parishioner and active member.
To send flowers to the family or plant a tree in memory of Nicholas DeLuca, please visit Tribute Store
Monday
1
August

Share Your Memory of
Nicholas
Upload Your Memory View All Memories
Be the first to upload a memory!
Share A Memory
Send Flowers
Plant a Tree