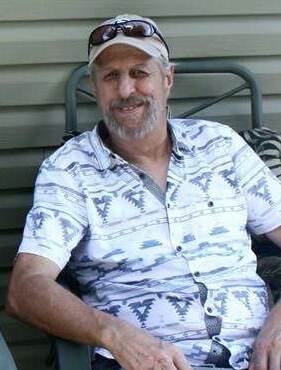 Please share a memory of Peter to include in a keepsake book for family and friends.
View Tribute Book
Peter Novak passed away at home, peacefully in his sleep in the early hours of Saturday, August 20, 2022 at the age of 67. Peter was a loving father, grandfather, son and a friend of many. He was born March 17th, 1955 in Kearny, New Jersey to Peter A. Novak & Dorothy N. Novak. As a child, he frequently visited Lacey Township and made it his home when he was older. When Peter was not watching and cheering on Penn State, you could find him either playing with his grandchildren or appreciating nature. He enjoyed being outdoors and taking part in activities such as skiing, basketball and softball. He had a love for RV-ing and camping. Peter was well known throughout the town as being a generous and humble friend. Peter was predeceased by his father Peter Novak, sister Patricia Novak and his Uncle Peter Nolan. He is survived by his mother, Dorothy Novak; daughter Kelsea Novak-Ginsberg and son-in-law Ryan Ginsberg; his three grandchildren: Elliot, Jaxon and Madilynn; his Aunt Patricia Nolan as well as several cousins. “Unable are the Loved to die, for love is immortality.” – Emily Dickinson To honor Peter’s memory, a Celebration of Life will be held on Saturday, August 27th, 2022 at the Captain’s Inn (304 E. Lacey Rd.) from 1pm to 4pm. In lieu of flowers, his family requests a donation be made in his memory to David’s Dream and Believe Cancer Foundation.
To plant a beautiful memorial tree in memory of Peter Novak, please visit our Tree Store

Look inside to read what others have shared
Family and friends are coming together online to create a special keepsake. Every memory left on the online obituary will be automatically included in this book.
View Tribute Book
Services for Peter Novak
There are no events scheduled. You can still show your support by planting a tree in memory of Peter Novak.
Plant a tree in memory of Peter

Share Your Memory of
Peter
Upload Your Memory View All Memories
Be the first to upload a memory!
Share A Memory
Plant a Tree