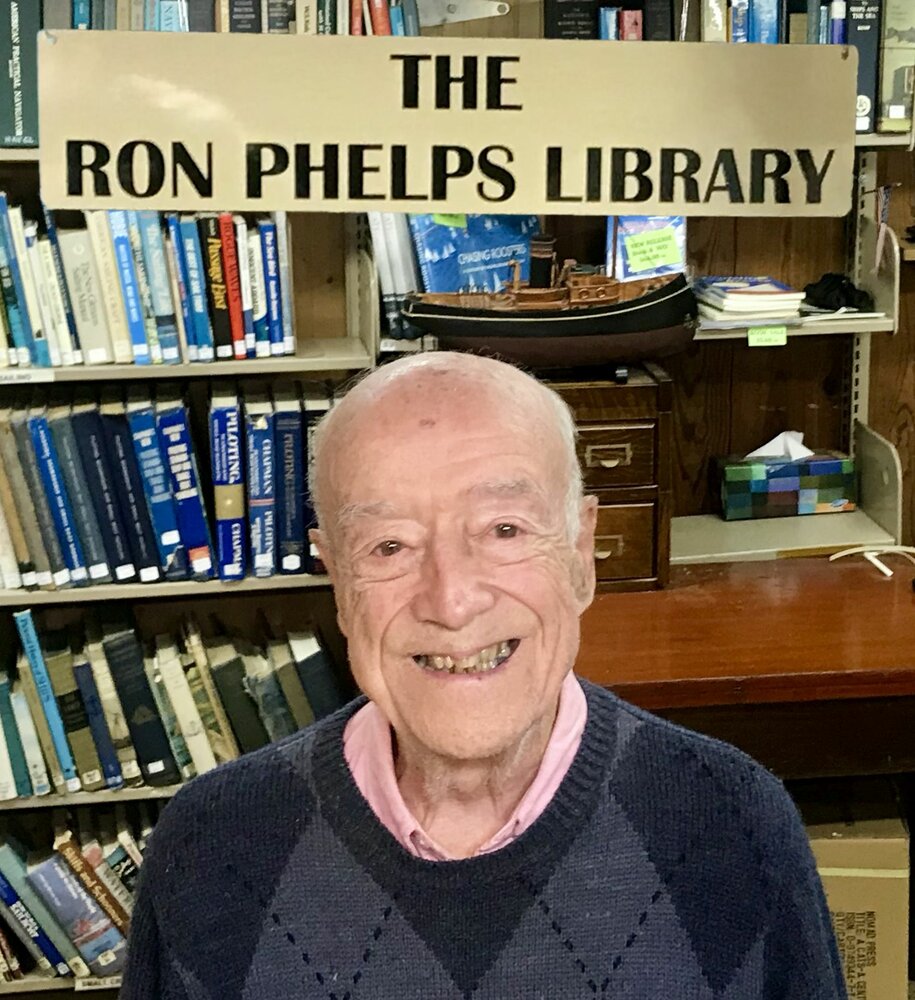 Please share a memory of Ronald to include in a keepsake book for family and friends.
View Tribute Book
Ronald Emilien Phelps (Ron) passed away suddenly on October 3rd at the age of 95. Born in Montreal, Canada to James and Rosanna (nee: Daigle) Phelps on August 25th, 1927, he was the 5th of 8 brothers (Babe, Albert, Norman, Paul, Eddie, Jimmy and Gerry) all of whom predeceased him. At the age of 14 he was recruited by Canadian Pacific Railroad to work in the mail room, which began his 43-year career with CP. By his early 20s, he became an officer, serving as cruise director aboard CP’s passenger ships traveling to and from England. In 1950, the company transferred him to their United States offices, where he worked in sales, and was stationed in Detroit, Philadelphia, Des Moines, Chicago, and finally New York. He retired from CP Rail at the age of 57 as Assistant to the Regional Manager in NYC. Upon retirement, Ron embarked on his many years of volunteer service, starting as a New Jersey EMT splitting his time between the Florham Park and Beach Haven First Aid Squads. He moved to Lavallette in 1993 and continued volunteering – this time in the Emergency Room at Community Medical Center in Toms River. He was with CMC for 27 years until 2020 when Covid shut everything down. He also served as the chief librarian for the Toms River Seaport Society and Museum where the library was re-named in his honor. Ron was known to be cautious with finances but was always generous with his friends and family. He traveled throughout Europe and North America visiting 48 of the US states and every Canadian province. He was the family historian and enjoyed working on his family tree. He especially loved his annual trips back to Montreal to visit his family. Ron was very grateful for his Canadian roots, but his proudest achievement was becoming an American Citizen in 1996. Ron is survived by Craig Hoffmeyer, his beloved nieces and nephews Lynda Phelps (Jack Toyota), Gerry, Suzanne Greco (Paul) Sharon, Donald. Randy, Brian, and Liane and many grand nieces and nephews. Ron will be remembered for his trustworthiness, optimism and strong character by his family, friends, neighbors and co-workers whose lives he indomitably touched during his long and prosperous life.
To plant a beautiful memorial tree in memory of Ronald Phelps, please visit our Tree Store

Look inside to read what others have shared
Family and friends are coming together online to create a special keepsake. Every memory left on the online obituary will be automatically included in this book.
View Tribute Book
Services for Ronald Phelps
There are no events scheduled. You can still show your support by planting a tree in memory of Ronald Phelps.
Plant a tree in memory of Ronald

Share Your Memory of
Ronald
Upload Your Memory View All Memories
Be the first to upload a memory!
Share A Memory
Plant a Tree