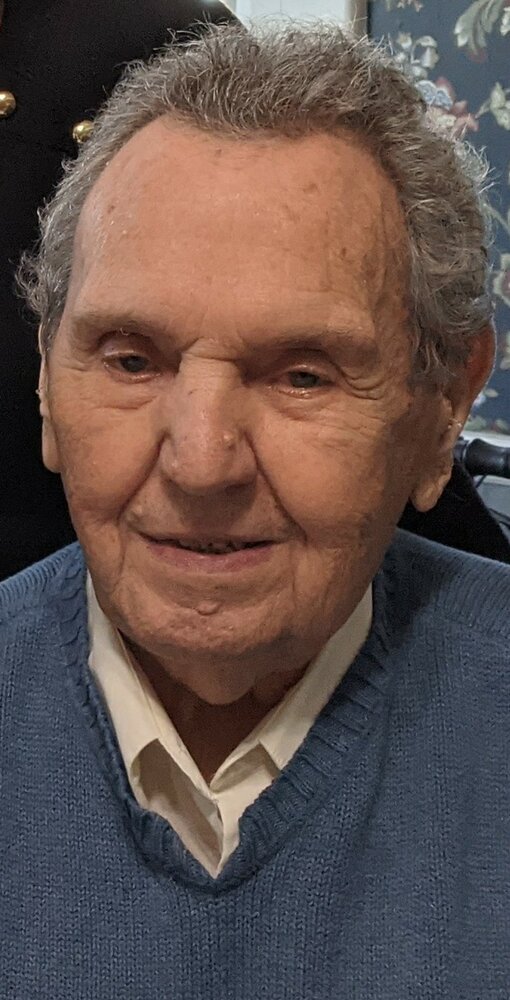 Please share a memory of Vincent to include in a keepsake book for family and friends.
View Tribute Book
Vincent Cancellieri, devoted husband, father and grandfather passed away at home November 27, 2022 after a short but fierce battle with cancer. He died surrounded by loving family. He was born on June 27, 1927 in Bayonne, New Jersey. At the time of his death he resided in Whiting, New Jersey for the last 23 years. Vincent proudly served in the U.S. Army at the end of WWII. After his honorable discharge he worked in several professions until settling into his vocation of over 50 years as a lumber salesman for Mach Lumber which became Diamond M Lumber. He retired at the “young” age 88, only because his eyesight failed him.His job brought so many wonderful friends into his life, some of whom are considered family. Early in his life he also served as an elected Councilman in Madison Township, New Jersey. Vincent was predeceased by his parents Dominick and Margaret (Barone) Cancellieri; brothers Domenic, Salvatore and Anthony; sisters Concetta (Cancellieri) Yourie and Emily (Cancellieri) Kowalski. Vincent is survived by his loving wife of 43 years Marion (Cerreta) Cancellieri; son Richard Cancellieri and his husband Richard Griffin; daughter Nancy (Cancellieri) and her husband Scott Roecklein; step-daughter Wendeanne Thomas and her husband Dave Satterlee; step-son John Thomas and his wife Heather Shipley. His grandchildren include Michael Roecklein, Jennifer Roecklein, Emily Anne Pongracz, Summer Thomas, Melanie Grace Pongracz, Cheyenne Thomas and two great grand- daughters Chloe and Harper. In addition, he is survived by many loving nieces and nephews. Vincent had a bright and positive personality. Growing up in a large Italian family, he never dreamed he would one day be the patriarch of a loving family that crossed the entire country. He never asked for more than he needed, unless he was in Atlantic City. He drove millions of miles but made sure every road eventually brought him home each night. Forever our resource on whether it’s gravy or sauce. We especially remember the day his grandson drove him around the streets of Philadelphia at 70 mph supporting the bike team, fighting to keep the seat each lap as you enjoyed it more and more. He was soft spoken, but each word off his lips could spin a tale to command an entire room. Blue collar, New Jersey through and through and we loved you for that. Your 95 years weren’t nearly enough. We will carry you in our hearts until we are together again, making sure everyone knows your story. “A great soul serves everyone all the time. A great soul never dies. It brings us together again and again.” (Maya Angelou) You were a GREAT soul.
To send flowers to the family or plant a tree in memory of Vincent Cancellieri, please visit Tribute Store
Thursday
1
December

Share Your Memory of
Vincent
Upload Your Memory View All Memories
Be the first to upload a memory!
Share A Memory
Send Flowers
Plant a Tree