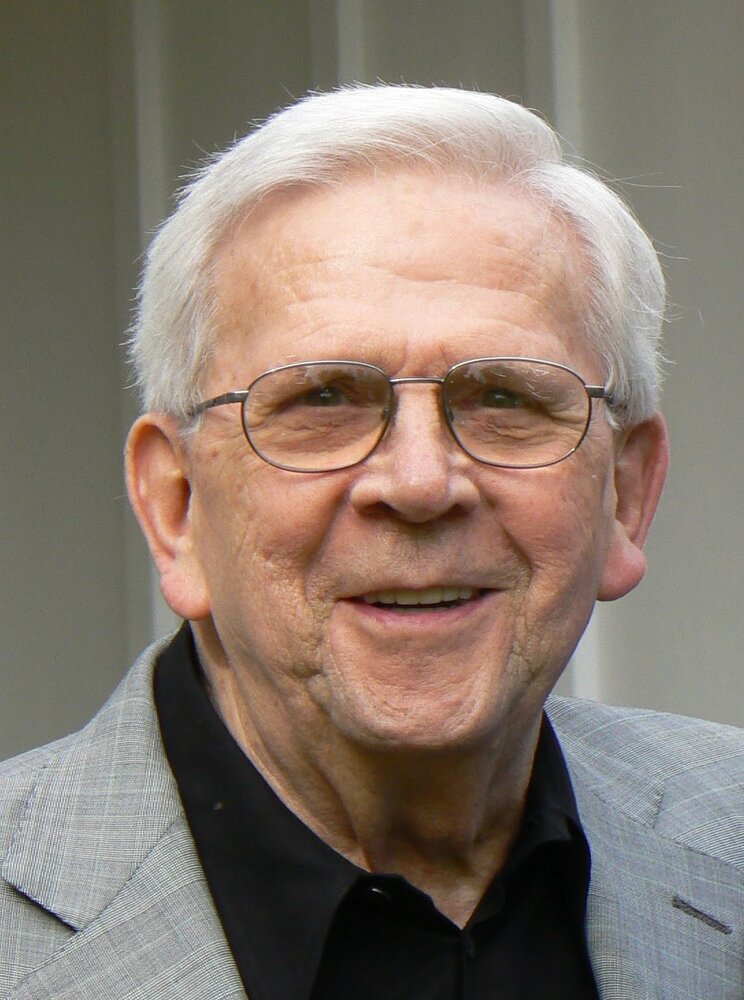 Please share a memory of Edward to include in a keepsake book for family and friends.
View Tribute Book
Edward P. Misiura, age 94, died peacefully with his family at his bedside on November 28,2022 at Ocean University Medical Center in Brick, NJ. He is fondly remembered as a caring, generous and talkative husband, father, grandfather and friend. He was independent and healthy until his final brief hospital stay. Born in Olyphant Pennsylvania, Ed was the 13th child of Stanley and Barbara Misiura (nee Spulnick). Ed’s father Stanley worked in the nearby coal mines and several brothers followed him into this difficult occupation. Ed chose another path. 1n 1944, at age 16, he forged a birth certificate and joined the United States Navy. Ed proudly served his country in the Pacific theater during World War 2 and stayed in the Navy for 5 years. Ed had countless stories about his adventures in the Navy and has travels around the world. Serving on 2 Navy Destroyers, he visited many interesting ports and countries and with his amazing memory he was always ready to share his stories with family, friends and anyone else who was ready to listen to his view of the world. Ed met the love of his life, Rose Cali, and they were married in New York City in 1956 where they lived for several more years. Ed worked in the printing business and later had his own property appraisal company. In 1960, Ed and Rose moved to New Milford, New Jersey. Rose and Ed had a devoted 50-year marriage and loved to spend time in New York City enjoying Broadway shows, movies, dinner and shopping. With Ed’s amazing memory, he could recall the small details of all the shows and neighborhoods in the city. Rose passed away in 2006 and Ed moved from New Milford to Brielle NJ where he resided at the time of his death. He was fiercely proud to live independently in the final years. Up to the end of life, Ed remained a “handyman” and could build and fix anything. After he moved out of New Milford, he gave all his tools to his son-in-law, Jim. Over the course of the final 10 years of his life, he repurchased many of the same tools again, which can now be passed along to his grandchildren. Ed was meticulous about his appearance and clothing, a trait he developed in the Navy. He always wore long pants and shirts to cover the many tattoos he got while travelling the world in the Navy. Ed would be “dressed up” for every occasion and had a great personal style. Ed was also a great collector of holiday decorations. Rose and Ed had an enormous collection of Christmas villages which now belong to his grandchildren. Ed loved to decorate his home and has now passed on many exceptional pieces for his family to enjoy in his memory. Ed is survived by his daughter and son-in-law, Laura and James Valenti; his son Michael Misiura; Grandchild Kyle Valenti; Grandchild Alex Valenti and Alex’s wife, Megan. In the final week of his life, Alex and Meg visited Ed in the hospital and were able to tell him the news that they were having a baby in May 2023. Ed and Rose will spend eternity together interred at BG William C. Doyle Veterans Memorial Cemetery in Wrightstown, NJ. A private ceremony with US Navy military honors will be held by Ed’s family.
To plant a beautiful memorial tree in memory of Edward Misiura, please visit our Tree Store

Look inside to read what others have shared
Family and friends are coming together online to create a special keepsake. Every memory left on the online obituary will be automatically included in this book.
View Tribute Book
Services for Edward Misiura
There are no events scheduled. You can still show your support by planting a tree in memory of Edward Misiura.
Plant a tree in memory of Edward

Share Your Memory of
Edward
Upload Your Memory View All Memories
Be the first to upload a memory!
Share A Memory
Plant a Tree